French Vogue blacks up models – What were they thinking??? 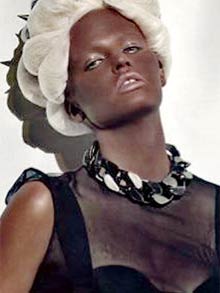 Why oh why would this ever be a good idea. We know Vogue is edgy and likes to cause controversy but blacking-up a white model for the October issue has gone a step too far.

The photo shoot was designed by the magazine’s long-time editor, Carine Roitfeld.  In the past it has published similarly controversial images, including supposedly pregnant models smoking, but this seems one step too far.

Lara Stone, a 25-year-old Dutch Model,  was blacked up and dressed in an ethnic style for the magazine’s photo shoot.

This has caused mass criticism and confusion. There seems no logical explanation for this – why not hire Naomi Campbell, Jourdan Dunn, Chanel Iman or any of the countless other black models around? 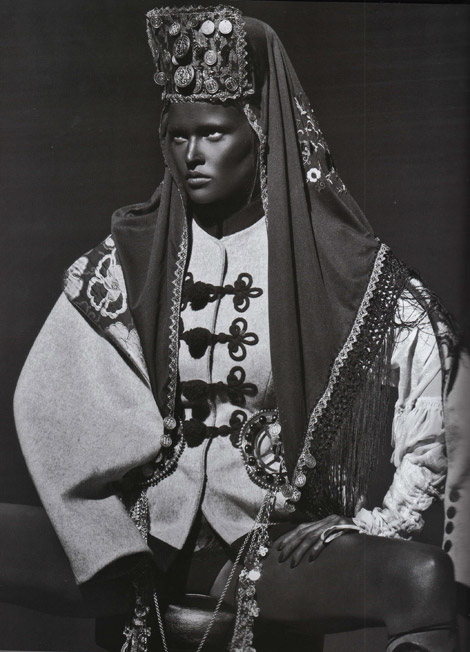 “It’s as if we’ve stepped back in time,” says Shevelle Rhule, fashion and beauty editor at black women’s magazine Pride.

The 13-page photo shoot featured in French Vogue was shot by Steven Klein.

US blog Jezebel have criticised the shoot, accusing the magazine of cultural insensitivity:

“France and Australia may not have the United States’ s particular history of minstrel shows but something about the act of portraying a white woman as black ought to sound an alarm, somewhere”

Were French Vogue trying to make a comment about racism in society? the difference between races? that black models are some how inferior to white? whatever their absurd reasoning this article is both racist and offensive.

The magazine is known worldwide for its innovative and confident photo shoots – so why do they need to go this one step further to sell copies?

French Vogue have failed to respond to media questions.

One response to “French Vogue blacks up models – What were they thinking???”